The NETGEAR Nighthawk X4S Smart WiFi Router (R7800) is a high-end router designed for households with multiple devices and heavy Internet usage. Featuring four data streams and Beamforming+, this router is capable of handling all your smart home needs, from streaming HD video to gaming online. But how does it perform in the real world? Read our reviews to find out. 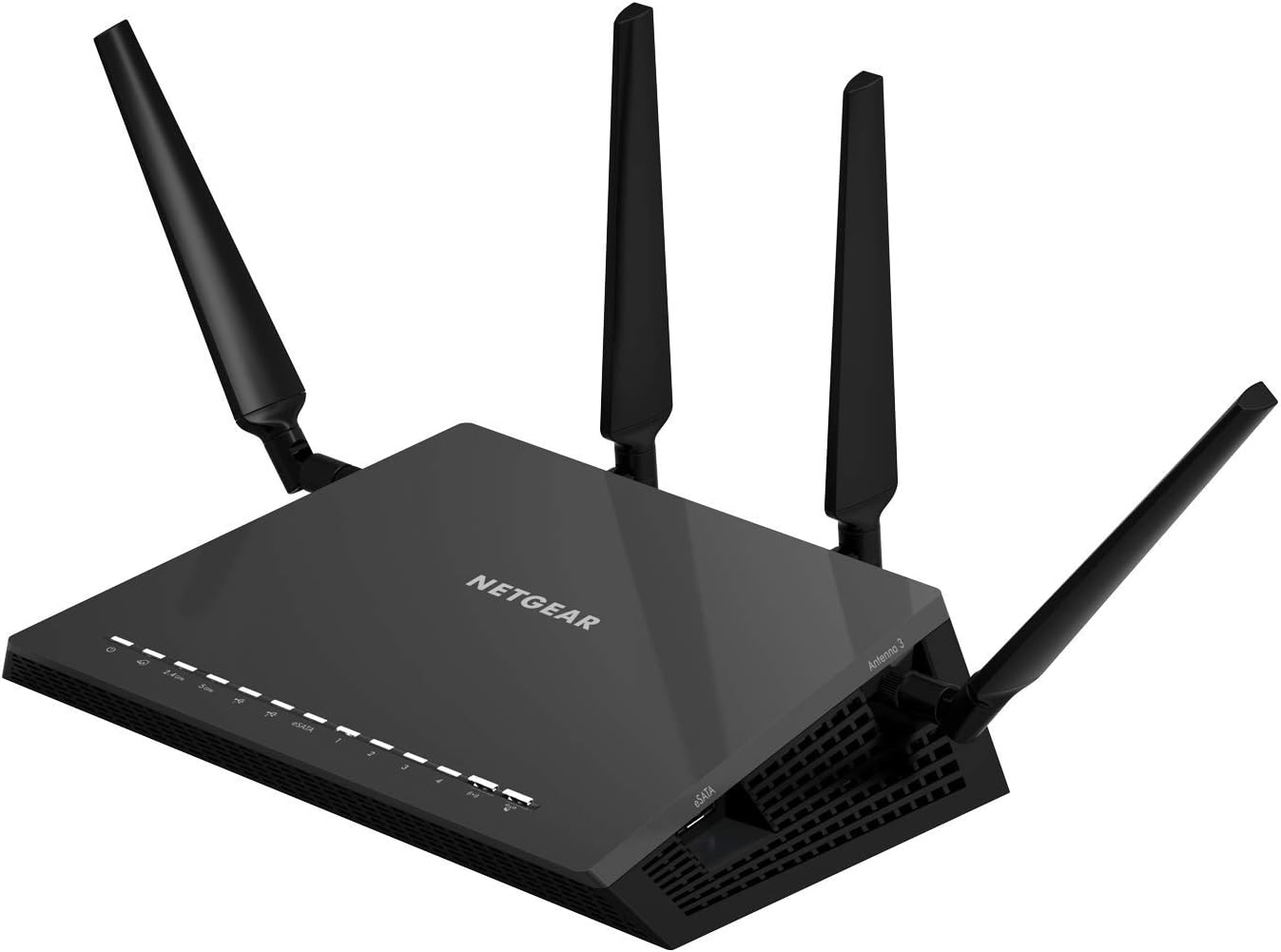 The new AC2600 router is a noticeable improvement on the older X4 model, offering a faster processor and more memory for improved performance, as well as increased range to help deliver better signals to parts of your home that may not be covered by the older version. The bulky design means it isn’t wall-mountable or as compact as some of the other routers on the market, but it does come with four detachable antennae that can help with boosting your signal. The five network ports are a nice touch, as is the inclusion of two USB 3.0 ports and one eSATA port. Overall, this is an impressive router that should appeal to anyone looking for improved performance and signal range.

The NETGEAR Nighthawk X4S R7800 is a high-end dual-band router that uses a Qualcomm Atheros IPQ8065 CPU, along with a Qualcomm Atheros QCA9984 4×4:4 chipset for both the 2.4Ghz and 5GHz wireless bands. This provides a maximum theoretical speed of 2,533 Mbps when using the 802.11ac standard. In addition, the R7800 also features 256 QAM support for improved data speeds over the 2.4Ghz band.

For the wired connections, the NETGEAR Nighthawk X4S R7800 comes equipped with a dual-core 1.7 GHz Qualcomm Atheros IPQ8065 CPU, along with 128 MB of storage memory and 512 MB of RAM. The R7800 also features one USB 3.0 port, one eSATA/USB 2.0 combo port, and four Gigabit Ethernet ports (one WAN and three LAN).

One of the biggest issues with the Genie is that it looks dated and doesn’t have the same level of style or appeal as competing router firmware, such as Linksys’ Smart Wi-Fi. However, it is a functional platform and has all of the features you would expect, such as ReadySHARE and QoS/firewall controls. The Genie also has a lot of potential for growth, which is something that cannot be said about all router firmware. So while it may not be perfect right now, the Genie shows promise for the future. If Netgear can revamp its design and make it more appealing to users, then the Genie could become the best router firmware on the market.

The Nighthawk X4S router is one of the best gaming routers on the market for people who want a high-speed internet connection. The router operates at frequencies of up to 2.6Gbps, which is much faster than older versions of the router.

Additionally, the router features MI-MUMO technology, which allows multiple devices to connect simultaneously to its network. This makes it an ideal option for large homes with multiple devices that need to be connected to the internet. In addition, The router is equipped with a 1.7GHz dual-core processor, which ensures that all connections and controls operate smoothly.

Finally, the security options on this router are top-notch and include features such as parental controls and the ability to set up a guest network. Overall, the Nighthawk X4S gaming router is an excellent option for people who want a high-speed and secure internet connection.

As a router, the Netgear X4S AC2600 has several features that make it a high-security option for your home or office network. These features include:

The Netgear Nighthawk X4S AC2600 Smart Wi-Fi Router is an excellent option for people who need a fast, secure, and reliable internet connection. The router operates at frequencies of up to 2.6Gbps and features state-of-the-art security features that will keep your data safe. Additionally, the router has a number of special features that make it perfect for gaming and streaming content. If you are looking for a high-quality router, then the Nighthawk X4S is an excellent option.

Thank you for reading this article. We hope you have found it helpful. For more information on routers or other tech products, please visit our website or contact us today. We would love to hear from you!

CCE Review is a website that specializes in providing information about modems and other electronics. We review and rank the best modem models on the market, provide you with reviews from past customers, and offer help if you need to find an approved modem.

With the ARRIS SBG8300 you can replace your existing rental modem and save $12 or more a month. It nearly pays for itself within a year. The SBG8300 has a built-in WiFi router that operates at 2350 Mbps with a wired connection. Wireless transmissions depend on the number of devices operating. The distance between the modem and device also matter to your wireless speed.

The NETGEAR CM500 cable modem is ideal for XFINITY Blast and Extreme customers. However, it is compatible with almost every cable provider. The CM500 is for speed tiers mostly up to 300 Mbps. ​It is Cable Labs and DOCSIS 3.0 certified and is 16X faster than 2.0 devices.

The TP-Link Archer A7 WiFi-5 Router is currently the best-selling router on Amazon. With the Archer A7 you can get coverage in your home up to 2500 sq. ft. You can also connect up to 4 wired devices and 50 wireless devices to this router. Here we take a review & look at its features.

ContentsHow To Choose The Best Router For Smart HomeUnderstand What You’re BuyingKnow Your WiFi StandardsGet Enough Range, Speed, And Power…